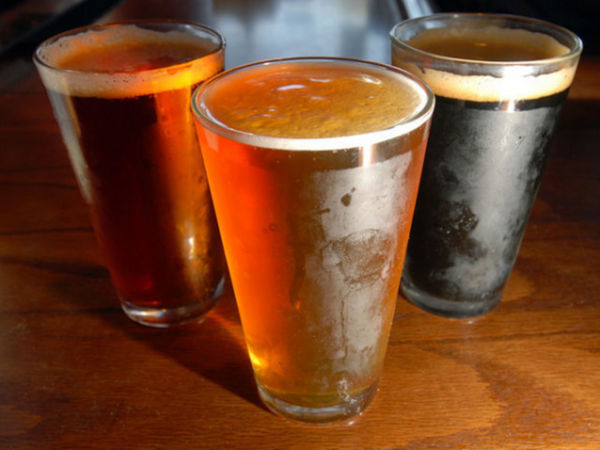 SYRACUSE, NY — For years, state officials have been trying to convince us that New York is in the middle of some kind of craft-beer renaissance. And if the crazy turnout for the first-ever New York State Craft Beer Competition, held at this year’s state fair, is any indication, they might not be totally off-base on this one.

More than 700 beer varieties were submitted for review by 143 breweries from across the state, officials said. Of those, a panel of 40 judges chose the top three in each of 20 categories.

In the end, the top prize — “Best in Show,” or as New York Gov. Andrew Cuomo prefers to call it, the “Governor’s Excelsior Cup” — went to Threes Brewing Company on Douglass Street at 4th Avenue in Gowanus, Brooklyn, for their “Vliet Pilsner.”

The same brewery also won first place in the “Belgian Farmhouse” category for another of their brews, called “Wandering Bine.”

In a victory statement issued Thursday, Threes Brewing owner Greg Doroski said: “As New York State continues its ascendance as a leader in craft beer, it’s an honor for our team to win the inaugural Governor’s Excelsior Cup, especially for one of our favorite beers. In a time when some breweries are pushing the extreme, it’s satisfying to see recognition for Pilsner.”

Another brewery in Gowanus, Strong Rope Brewery at 4th and President, took home a couple medals as well.

Below is a full list of the winners, which reads more like a list of bad indie bands (“Yada Yada Yada,” “Blight Buster,” “Sassypants,” “Devil’s Bathtub,” etc.) and should ideally be used as a kind of summer-weekend treasure map to guide you and a choice crew of fellow lushes to all the best and most obscure breweries in this great state. Because if you’re gonna grow a beer belly in bikini weather, might as well source it locally.